White wine is a variety of wines that can vary between straw yellow, greenish yellow or golden yellow. It is produced by alcoholic fermentation of colorless grape skins, which can have a white or black appearance to maintain a transparent yellow color in the final product. There are many types of white wines, mainly from the various strains and production methods used, as well as the residual sugar rate.

White wine is estimated to have been consumed for 2,500 years. It was accompanied by economic development and settled in all countries with a tradition of wine consumption, mainly in Europe, America and Oceania.

The white grapes that mainly produce white wine are green or yellow, which is a very common variety in the world, which is why this wine is produced in many regions of the world. Some varieties are very well known, such as Chardonnay, Sauvignon Blanc and Riesling. There are also varieties of black grapes, such as Pinot Noir, which are used to make white wine or champagne.

Among many types of white wines, dry white wines are the most common. It is more or less aromatic and acidic, and originates from the complete fermentation of the must. Sweet wines are wines whose fermentation is interrupted before all the sugar in the grapes is converted to alcohol. Sparkling wine, mainly white wine, refers to the gas that the carbon dioxide produced by fermentation dissolves in the wine and turns into gas when the bottle cap is opened, producing a fine foam.

White wine is usually drunk before meals, snacks, desserts or soft drinks. Traditionally it is accompanied by white meat and certain types of cheeses. Its consumption is also usually related to the consumption of fish and shellfish.

Bodegas Terras Gauda
Rías Baixas
€13.95 (tax incl.)
Terras Gauda is a great white wine made with 3 types of grapes, Albariño in greater quantity, around 30% Loureiro and a small proportion of Caíño, each variety provides different characteristics to the wine, which...
Add to cart

Bodegas Mar de Frades
Rías Baixas
€17.50 (tax incl.)
Albariño Mar de Frades is a fruity wine with marine memories that seduces us with its elegant freshness. A wine that represents all the expressiveness of the Albariño grape.
Add to cart

Paco & Lola
Rías Baixas
€9.95 (tax incl.)
Paco y Lola is the freshest and funniest albariño from the Rías Baixas. Prepared by sustainable production, from the must of selected grapes.
Add to cart

Txomin Etxaniz
White wine
€10.30 (tax incl.)
Txomin Etxaniz is a txakolí of great quality prepared in Getaria. The Txomin Etxaniz winery has led the modernization, recognition and creation of the Designation of Origin Getariako Txakolina in 1989.
Add to cart

Bodegas Mauro
Castilla y León
€41.50 (tax incl.)
Mauro Godello is a wine that gives off freshness and minerality in a white wine that expresses the full potential of the Godello grape.
Add to cart

Tokaj-Oremus
Tokaj-Hegyalja Wines (Hungary)
€18.90 (tax incl.)
Oremus Mandolás Tokaji Dry is a high-quality white wine made in Tokaj, Hungary, by Tempos Vega-Sicilia wineries. Mandolás Furmint is a young and fruity white wine, with fresh aromas, however it is a wine that has body...
Add to cart 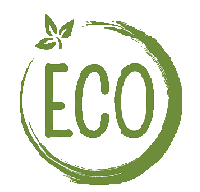 Ossian Vides Y Vinos
Castilla y León
€26.95 (tax incl.)
Ossian is a powerful Verdejo wine that attracts by its strength. It is tasty, unctuous and remains in the memory of those who try it.
Add to cart

Menade
Rueda
€9.90 (tax incl.)
An expression of freshness and the wilder side of the Verdejo variety. The grapes for this come from distinct parcels in and around Rueda that grow in pebbly, clay, and calcareous soils.
Add to cart

Pago de Vallegarcía
Vallegarcía
€19.50 (tax incl.)
The Viognier de Pago de Vallegarcía is a unique wine in Spain. Complex, elegant and surprising for all who try it for the first time. It is paradoxical to speak of a white wine with its own structure and character in...
Add to cart

Muga
Rioja
€9.95 (tax incl.)
Multivarietal white wine made from a manual harvest, it remains for 4 months in barrels, it is a wine that stands out for its smoothness and complexity on the palate.
Add to cart

El Grillo Y La Luna
Somontano
€29.90 (tax incl.)
Canto del Grillo is a white wine aged in barrels and made with Chardonnay grapes in Somontano (Aragón) by the family winery El Grillo Y La Luna. An intense and elegant wine that falls in love from start to finish.
Add to cart

Paco & Lola
Valdeorras
€11.20 (tax incl.)
Paco &amp; Lola Godello is a fresh and complex wine, with all the personality of a Godello. It is an unctuous wine, with very good acidity and a very fine and pleasant carbonation. Very balanced.
Add to cart

Bodegas Habla
Extremadura
€22.90 (tax incl.)
Habla Duende is an elegant and sublime white wine that masterfully combines the intensity of citrus with the depth and balance of smoked notes. A singular Speech touched by the goblin.
Add to cart

Bodega Valleyglesias
Madrid
€20.90 (tax incl.)
La Pájara is a white oak wine made by Valleyglesias with the Albillo Real variety within the Wines of Madrid Denomination of Origin from vineyards in the area of San Martín de Valdeiglesias, Sierra de Gredos...
Add to cart

Paco & Lola
Rías Baixas
€7.10 (tax incl.)
Lolo is a 100% Albariño wine made with grapes from the newest Paco&amp;Lola vineyards, located in the Salnés Valley and cultivated in sandy loam, granitic and slightly acid soils. A young and carefree wine, perfect to...
Add to cart

Attis Bodegas Y Viñedos.
Rías Baixas
€10.50 (tax incl.)
Genio Y Figura is a casual and modern-minded Albariño that approaches the youngest public, being faithful to our roots since youth is not an obstacle to quality. Like the saying that gives it its name, “Genius and...
Add to cart

Grupo Vinìcola Marquès de Vargas
Rías Baixas
€14.25 (tax incl.)
Pazo de San Mauro is a 100% Albariño white wine from a selection of the best grapes from the land located in Condado do Tea, in the Rías Baixas. This monovarietal wine made by Marqués de Vargas is broad and very...
Add to cart

Viña Mein - Emilio Rojo
Ribeiro
€8.90 (tax incl.) €9.50
-€0.60
O Pequeno Meín is made with a mixture of grapes of local varieties: treixadura, godello, albariño and torrontés. The result is a white wine of great expressiveness and long memory, bringing together the diversity and...
Add to cart

Viña Mein - Emilio Rojo
Ribeiro
€22.50 (tax incl.)
O Pequeno Meín is made with a mixture of grapes of local varieties: treixadura, godello, albariño and torrontés. The result is a white wine of great expressiveness and long memory, bringing together the diversity and...
Add to cart