INSURED SHIPMENTS
We ship to the whole EU.
ORDER BY PHONE
By calls and whatsapp.
EXPRESS SHIPPING
All products in stock.
€5 GIFT
By registering and subscribing to the newsletter.
QUALITY CERTIFICATE
4.9 / 5 rating on Revi.

INSURED SHIPMENTS
We ship to the whole EU.
ORDER BY PHONE
By calls and whatsapp.
EXPRESS SHIPPING
All products in stock
€5 GIFT
By registering and subscribing to the newsletter.
Product Details
1656771
Data sheet 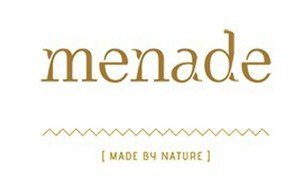 Bodegas Menade was founded in 2005, but Alejandra, Marco and Richard are the sixth generation of a family dedicated to wine.

The true history of the family began in 1820, when the ancestors cultivated the vineyard in various localities today attached to the D.O. Wheel. The winemaking was carried out in what has now been dubbed ‘Menade by Secala’, an underground winery excavated in the rock at the beginning of the 19th century.

At that time, La Seca had numerous wineries in its urban nucleus, now collapsed due to the passage of time and the impossibility of maintaining them.

‘Menade by Secala’ preserves the architecture of its beginnings, although with later improvements, a perfect place for the barrels, vats and historical bottles to rest in peace due to the homogeneous temperature and humidity conditions throughout the year.

Each of the generations of the family began to make their wines in this historic winery and each one of them had a pioneering vision in the area to make quality wines; But at the beginning of the 2000s the Sanz brothers decided to start their own project: Alejandra in export and communication, Marco in viticulture and Richard in oenology, based on respect for nature and a return to tradition.